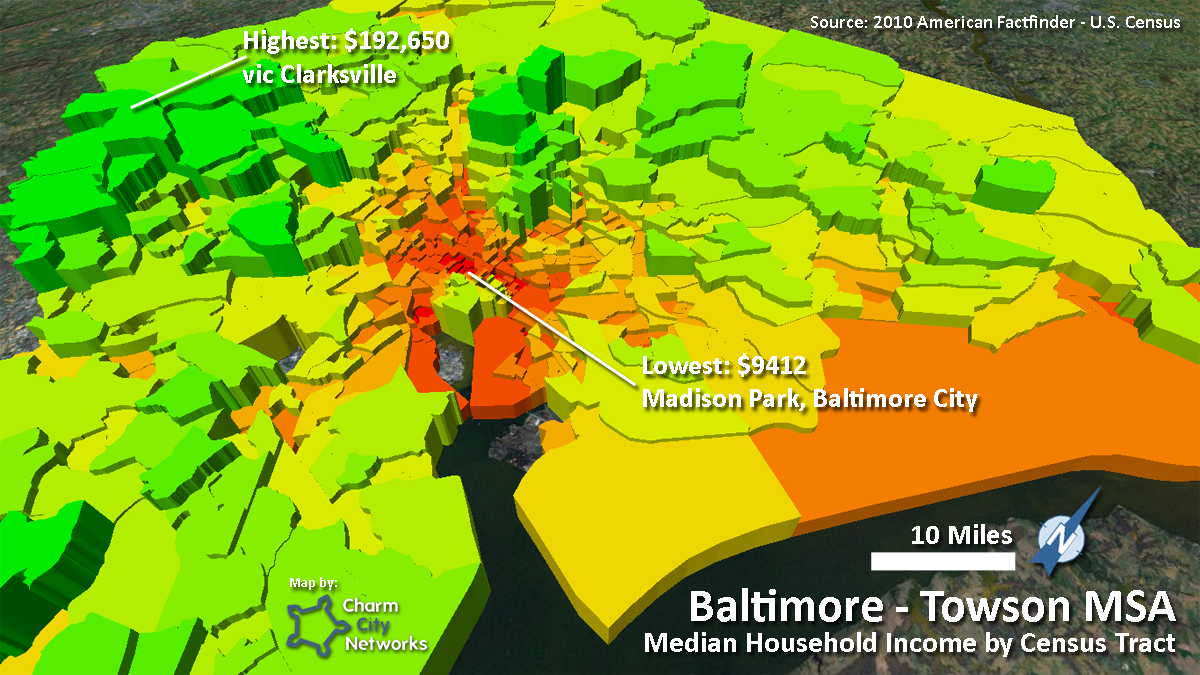 This animation shows Income and Density in the Baltimore MSA using 2010 Census Data. Each census tract is elevated above the surface of the map according to its population density, and color coded based on its median household income.

Baltimore is representative of a monocentric city, showing a highly dense urban core surrounded by pockets of medium density and mostly low density in the surrounding suburbs. The income color-coding shows how the poorest areas are the most densely populated, and vice versa.